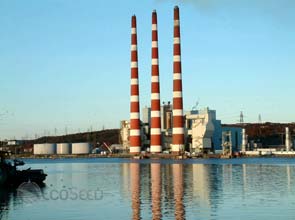 The Western Climate Initiative, a cooperation among Western United States and Canadian regions, revealed a climate strategy that aims to bring down regional greenhouse gas emissions by 15 percent below 2005 levels by 2020, as well as spur clean technology development, increase energy security and create green jobs.

The main thrust of their climate plan is a market-based, regional cap-and-trade program that consists of similar individual schemes implemented locally in each jurisdiction. The program is planned to begin in January 2012.

“This trading of emission allowances keeps costs low because it provides flexibility in how and when reductions are made,” the initiative said.

Local entities that keep their emissions below the amount of carbon credits they hold can sell their excess credits to recover some of their emission reduction costs, or save them to cut future compliance costs. This mechanism can also be applied to the regional credit market.

Carbon offsets from emission sources that are not covered by the cap-and-trade scheme can also be used in limited quality to comply with the program. By allowing entities to give carbon credits in three-year intervals provides flexibility as to when emission reductions are made.

The initiative recently analyzed the economic impact of a regional cap-and-trade program and found that their emission reduction target is a realistic figure that can realize net savings of approximately $100 billion between 2012 and 2020.

The state of Arizona originally planned to join in the regional cap-and-trade program but withdrew its participation, citing economic struggles as the reason for the decision.

Governor Janice Brewer said in a signed executive order that the carbon pricing scheme will negatively affect the state’s economy. She added that the state’s greenhouse gas emissions are projected to rise because of a population and economic growth in the near future.

The remaining participants in the carbon trading scheme are California, Montana, New Mexico, Oregon, Utah and Washington from the United States and four Canadian provinces. These territories comprise two-thirds of total emissions in the initiative’s jurisdictions.