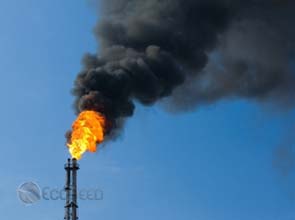 On Friday, Senate majority leader Harry Reid acknowledged that Democrats could not meet the required number of votes to see a climate bill through before recess.

Days later, the Environmental Protection Agency issued a statement saying they are releasing a new document that will help it expand the coverage of the agency’s decision-making process for the sake of “environmental justice.”

Administrator Lisa Jackson said low-income and minority communities have always been left out in climate talks, and the new rulemaking guidance hopes to change both the perception and practice of how the agency works with these groups that are said to bear the brunt of climate change.

«This plan is part of my ongoing commitment to give all communities a seat at the decision-making table,” she said. “We want to expand the conversation to the places where E.P.A.’s work can make a real difference for health and the economy.»

This move towards more inclusive processes sits well with the agency’s projected role in the climate issue. The agency is seen as President Barack Obama’s possible backup if Congress fails to enact its own climate change-fighting legislation.

The agency’s authority was concretized in a 2007 Supreme Court decision that ruled it had the right to regulate greenhouse gas emissions under the Clean Air Act. Following this, the agency declared in December 2009, within a year of the Obama administration, that six gases – carbon dioxide, methane, nitrous oxide, hydrofluorocarbons, perfluorocarbons and sulfur hexafluoride – are a danger to public health.

This was succeeded by policy pronouncements. In March, the agency laid out of the first-ever federal standards affecting greenhouse gas emissions from automobiles, raising average fuel economy from 25 miles per gallon to 35.5 miles per gallon, or up 42 percent.

In May, a permitting rule related to the control of greenhouse gas emissions from large power plants, oil refineries and factories was finalized.

A number of states and businesses are arguing that measures to regulate greenhouse gases under the Clean Air Act could hinder economic growth and job generation in the United States.

As early as December, Senator Lisa Murkowski, a Republican from Alaska, made a resolution that questioned the agency’s authority in emissions regulations. She claimed that agency was exceeding its authority, and said her resolution «is about protecting the economy and preventing agency overreach.»

«The E.P.A. intends to take control of climate policy; take it away from the Congress,» Ms. Murkowski told reporters.

In June, however, the Senate voted 53 to 47 to reject Senator Murkowski’s resolution, only to be followed by another bill from coal-state Democrats led by Virginia Senator Jay Rockefeller that seeks to suspend the agency from regulating greenhouse gas emissions from large polluters such as factories, power plants and oil refineries for two years.

“I am continuing to push hard for my bill to suspend E.P.A. action for two years, so that Congress, not federal regulators, can set national energy policy,” Senator Rockefeller said last week. “But in the meantime, the E.P.A. could do real harm to our economy if allowed to go forward precipitously, without additional direction from Congress.”

The White House in June said that it will impose a presidential veto if congress passes a legislation that would block or limit the E.P.A.’s authority over greenhouse gas emissions.