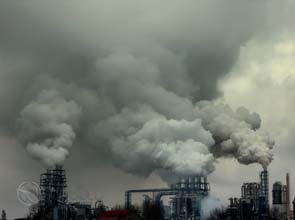 The E.P.A. received petitions questioning the scientific basis for the so-called endangerment finding – which cleared the way for the E.P.A. to curb carbon dioxide emissions – from Texas and Virginia and groups like the Ohio Coal Association.

With the United States Senate abandoning climate measures in the energy bill until at least September, the E.P.A. has the authority to regulate emissions from such human activities as coal-fired power plants and fossil-fueled factories and vehicles.

«The endangerment finding is based on years of science from the U.S. and around the world,» E.P.A. administrator Lisa Jackson said in a statement. «These petitions – based as they are on selectively edited, out-of-context data and a manufactured controversy – provide no evidence to undermine our determination.»

Environmental advocates praised the agency’s decision for its reliance on decades of research and the need for action to limit climate-warming emissions.

«Some senators insist Congress should set global warming policy, not the E.P.A, but … the Senate has failed to get the job done,» said Kevin Knobloch, president of the Union of Concerned Scientists. «Their failure to address climate exposes their attacks on the E.P.A. for what they are – a blatant attempt to eliminate the primary tool the government has to protect human health.»

«E.P.A chose … to dismiss legitimate concerns about data quality, transparency, and billions of dollars of taxpayer-funded science as products of ‘conspiracies,'» Mr. Inhofe said in a statement. «Rather, such ad hominem attacks are products of closed-mindedness and ultimately harm E.P.A’s reputation and legal standing in court.»

Virginia attorney general Kenneth Cuccinelli II called the decision «fatally flawed procedurally because the agency has reviewed and weighed new information without notice or comment from the public.»

Some of the petitioners had filed their complaints in federal courts.