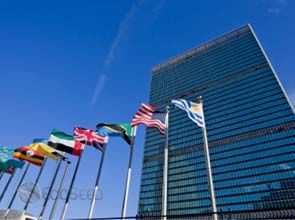 Two of the U.N.’s important working groups facilitating talks on rich country commitments to the Kyoto Protocol and to long-term cooperative action on climate change were scheduled to meet in Bonn, a familiar U.N. climate change conference venue.

The Kyoto Protocol is the only legally binding international agreement on reducing carbon emissions.

Division over greenhouse gas emission cut commitments from rich countries and financing for developing countries grappling with the effects of climate change have long been a stumbling block to a global deal.

In Cancun, signatories of the Kyoto Protocol will attempt to agree new carbon-control measures that will address climate change, which top scientists have established to have been caused largely by human activity.

But prospects in Bonn, if not Cancun itself, are grim especially given that the United States is not making progress in passing a climate bill.

Senate proponents have said tackling the climate bill would have to wait until September, after the Senate’s summer recess. Senator Harry Reid said the latest head count shows that Democrats still did not have the 60 votes needed to avoid a filibuster on the Senate floor.

However, deferring the decision on the climate bill to September would make chances of passage even slimmer as the United States heads into congressional elections in November.

«Without a commitment that the United States will work with other countries to solve the climate challenge and build resilience to its consequences, we cannot move forward globally,” poverty action group Oxfam International said.

“Failure on this critically important issue is just unacceptable, but the Senate has failed to match the leadership in the House and the Obama administration has abandoned the helm,» the group said.

Industrialized countries, the so-called Annex 1 Parties to the Kyoto Protocol, have so far committed to cut emissions amounting by 12 percent to 19 percent on 1990 levels by 2020.

Christiana Figueres, the newly appointed executive secretary of the United Nations Framework Convention on Climate Change, said this is “way below” the 25 percent to 40 percent cut recommended by the Intergovernmental Panel on Climate Change in order for global temperature rise to stay under 2°C by 2050.

“Governments need to address divisions over a second commitment period of the Kyoto Protocol after 2012, not least for clarity on the future of the carbon market,” said Ms. Figueres, who replaced Yvo de Boer.

Ms. Figueres also raised the issue of the funding pledges rich nations made in December’s Copenhagen talks – $30 billion in fast-track financing through 2012 for developing countries’ adaptation and another $100 billion a year by 2020. Developing countries have complained that the commitments have yet to be fulfilled.

Days before the Bonn talks, the United Nations climate change secretariat released a document showing that it was considering stopgap measures if a treaty to succeed the Kyoto Protocol would be held up.

Reports said this could be a sign that the U.N. is not keen on closing an agreement in December.

“It’s important to note that the combination of accountability and binding action, is essential for societies, science, and business to be confident that clean, green strategies are being pursued and will be rewarded globally, as well as locally,” said Ms. Figueres.

Last month, the Renewable Energy Policy Network for the 21st Century said the United States and Europe added more power capacity from renewable sources, such as wind energy and solar power, than from conventional sources, such as coal, gas and nuclear, for the second year in a row in 2009.

Renewables accounted for 60 percent of newly installed capacity in Europe and more than 50 per cent in the United States last year.

Investment in renewable energy power capacity, excluding large hydro, in 2009 was comparable with that in fossil fuel generation, at around $100 billion.

Including an estimated $39 billion of investments in large hydro, total investment in renewables exceeded that in fossil-fuel generation for the second successive year, said REN21.