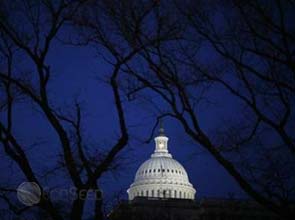 As talks in Bonn on a new climate treaty draw to an end on Friday, the frustration of delegates with the process this week is clearly felt, and a deal in Mexico this year seems unlikely.

This week’s meeting is the penultimate before a meeting set for the end of November in Cancun, Mexico.

«I came to Bonn hopeful of a deal in Cancun, but at this point I am very concerned as I have seen some countries walking back from progress made in Copenhagen,» said Jonathan Pershing, the United States deputy special climate envoy.

A new climate text under discussion has increased to 34 pages from 17 as new proposals are added or old ones reinserted.

It is a blueprint to guide negotiators in overcoming rifts between rich and poor nations when they meet again at the next session in October in Tianjin, China.

The European Union’s co-lead negotiator Artur Runge-Metzger accused some countries of adding text in a «tit for tat» way.

«It is important in Tianjin to turn that spirit around.»

U.N. climate chief Christiana Figueres said this was the last chance for countries to add to the text.

«If you see the bigger picture, we have progress here in Bonn. It is hard to cook a meal without a pot and governments are much closer to actually making the pot,» she said.

The pace of negotiations has slowed as some countries have gone back on issues agreed last year in Copenhagen such as monitoring and measuring greenhouse gas emissions and ways of cutting emissions from rich nations and developing countries.

Reducing emissions from deforestation and degradation (REDD) was also reopened over the definition of what it covered.

«We cannot anticipate any major shift from what we had in Copenhagen, which was a 12 to 18 percent reduction when the [Intergovernmental Panel on Climate Change] called for 25 percent. We are far from that in the aggregate figures,» said the group’s chair Dessima Williams.

The United States said the talks focused too much on putting the onus on only rich nations to deliver cuts, rather than all countries.

Mr. Pershing said some countries were seeking «staggering sums out of line with reality.»

Another setback to the talks arose from the lack of legislation to curb emissions in the United States.

The United States Senate dropped efforts to put emissions curbs in an energy bill that is now focused narrowly on reforming offshore drilling, but the country has said it will stick by its 2020 target for reducing emissions.

«It has been taken as a signal by some that the process should be slowed or we should wait for the U.S.,» Ms. Williams said.