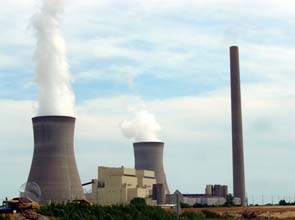 Under Kyoto, efforts to cut greenhouse gases can be outsourced to emerging countries such as China and India through investment in clean energy projects registered under the U.N.’s Clean Development Mechanism scheme.

Investors receive offsets in return, called Certified Emissions Reductions, which can be used toward emissions reduction goals or sold for profit.

«The issuance in July was extremely low, only 2.5 million C.E.R.’s. Due to this and the 22 projects rejected (recently) … we decreased our projection for the amount to be available by the end of 2012,» the United Nations Environment Programme Risoe Center said on its Web site.

Around 76 million more C.E.R.’s could come soon from projects on the issuance waiting list, it added.

C.E.R. supply forecasts are of particular interest to utilities and industrial firms in the European Union, which can use C.E.R.’s for compliance under the bloc’s emissions trading scheme.

Issuance dropped in July due to the phase-in of new procedures, a U.N. spokesman said last month.

The U.N.’s climate change secretariat has issued a total of 423.6 million C.E.R.’s to date.

Future issuance may be in jeopardy after the C.D.M.’s executive board last week rejected 22 projects seeking approval under the scheme, which would have cut 12.5 million metric tons of carbon dioxide by 2012, and said it would conduct another spot check at the offices of the C.D.M.’s largest emissions cut verifier.

Det Norske Veritas was suspended in late 2008 for three months for procedural breaches. Analysts said this and subsequent suspensions at three other emissions auditors since have choked the flow of C.E.R.’s to market.

The agency’s pre-2012 C.E.R. estimate has been sliding steadily as it has trimmed over 100 million C.E.R.’s since the beginning of the year. The estimate is now around half the number predicted in 2007.

Average wholesale C.E.R. prices, or the initial price paid to the project owners, were around 9.50 euros per metric ton late last week, according to analysts IDEAcarbon.