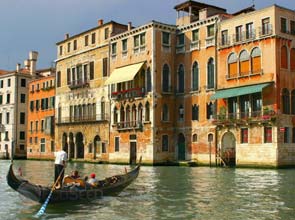 Italys new, long awaited solar incentive plan includes gradual cuts in feed-in tariffs of up to 30 percent next year and 6 percent in both 2012 and 2013, two industry sources told Reuters on Friday.

Italy’s regional governors approved the government’s three-year solar incentives plan on Thursday. The industry ministry is due to release the details on Friday.

Solar energy has boomed in Italy, Europe’s third biggest solar market, since the launch in 2007 of the current support scheme, which expires this year. Incentives, among the most generous in Europe, have lured investors and the world’s biggest producers of solar power systems.

Incentives for big photovoltaic installations – which turn sunlight into power – with a capacity of more than 5 megawatts will be slashed every four months by a total of up to 30 percent next year, said Gianni Chianetta, chairman of the Assosolare industry body.

He and another industry source, who asked to remain unnamed, cited the final version of the government’s plan presented for approval on Thursday to a key state body on relations between regions and central government.

They were not aware if changes were introduced during the discussion on Thursday.

«We are fairly satisfied … It is important to have the (national incentives) plan to be able to make investment plans for next year. The situation was critical before,» Mr. Chianetta said.

Incentives for smaller PV installations will be gradually cut by up to 20 percent next year. One-off 6 percent annual cuts are set for 2012 and 2013 under the new plan, the industry source said.

With a total installed photovoltaic capacity of about 1,400 MW, Italy is Europe’s number three solar power producer after Germany and Spain.