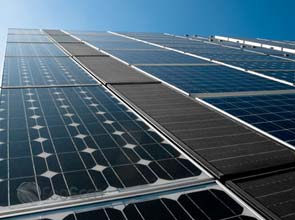 Dubai-based MBM Holdings has created a subsidiary which will develop a $400 million polysilicon solar factory with a yearly output of 2,500 tons in the United Arab Emirates, which will be the first of its kind in the Middle East.

MBM Holdings will jointly build the production plant with ERC Private Limited Singapore. They aim to have the facility running by early 2012.

Feasibility studies and selection of engineering partners have been done for the project, MBM said. The company is currently in talks with local authorities for land and power arrangements for the plant which will occupy an area of about 250,000 square meters in an undisclosed area in Dubai.

The polysilicon plant is expected to help Dubai diversify its economy and create jobs. The city’s Green Dubai 2008, which promotes sustainable development, has paved the way for a green building legislation in the U.A.E. said to be the first of its kind worldwide.

The U.A.E. has also been active in renewable energy promotion with Abu Dhabi, which became the headquarters of the International Renewable Energy Association partly through significant endowments.

In June, Abu Dhabi-based Masdar revealed plans to build the world’s biggest concentrating solar plant with the help of French oil company Total and Spain’s Abengoa Solar. The $600 million Shams 1 project could displace 175,000 metric tons of carbon emissions annually once it is completed in 2012.

Abu Dhabi aims to generate 1,500 MW of energy, or 7 percent of its total demand, from renewable energy sources by 2020.