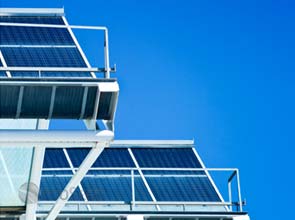 The company already issued 1 billion Chinese yuan worth of unsecured medium-term notes this week as part of the plan’s first tranche issue, which is expected to mature on October 13, 2015.

The first tranche bears a fixed annual interest rate of 4.3 percent during the first three years, which will be raised to 5.7 percent in the remaining two years provided Tianwei Yingli does not call the nots on October 2013.

The second tranche, which will have a principal amount of 1.4 billion yuan, is scheduled to be issued by the second quarter of 2011.

The Bank of Communications took the role of lead underwriter and bookrunner for the first tranche issue with a standby commitment.

About 70 percent of the proceeds have been allocated to boost Tianwei Yingli’s working capital, while the remaining 30 percent will be used to repay bank loans of higher interest rates.

“The registered issue requires no pledge or guarantee from Tianwei Yingli, or any third party, which demonstrates the investors’ confidence in our business development and financial conditions,” Mr. Li explained

“With the successful execution of this new way of financing, we are able to broaden our financing channels with relatively lower financing costs and longer term tenure, which we believe will further optimize our overall capital structure and enhance our cash position,” he continued.

Yingli Green Energy (NYSE:YGE), one of the world’s largest photovoltaic manufacturers, boasts of more than 600 megawatts of annual production capacity. The company is anticipating 1 gigawatt of production by the third quarter of this year due to the 300 MW and 100 MW capacity expansions in its Baoding and Hainan production plants, respectively.