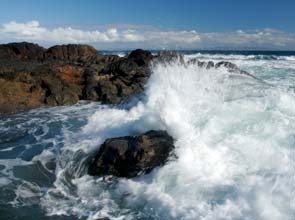 The awarding concluded the retendering process that began in April and the first round of leasing for the Pentland Firth and Orkney waters in Scotland. The Crown Estate intends to raise £5.6 million ($8.87 million) from just £4 million initially to speed up and reduce risks in project development.

The project, which is expected to be operational by 2020, could boost the wave and tidal industry planned for the area. The Pentland Firth and Orkney waters will be home to projects worth 1,200 MW that were unveiled early this year, said Rob Hastings, director of the estate’s marine development.

The Crown Estate decided to retender the project in March after the preferred bidder withdrew from the project during the leasing round.

MeyGen was chosen among companies that expressed interest, pre-qualified and submitted tenders because of its commitment to health, safety, technical and commercial plans, resources and financing.

The company will join the Pentland Firth and Orkney Waters Developers Forum, which enables The Crown Estate to work closely with all of the developers for the lease agreements. MeyGen will also be present in local information events that The Crown Estate will host in Caithness and Ornkey in November.

“This agreement, for one of the world’s largest commercial-scale tidal energy developments, further confirms Scotland as natural home for marine renewable. With 1.6 gigawatts of planned green energy deployment, the Pentland Firth is the undoubted jewel in the crown of our wave and tidal resources,” said Jim Mather, energy minister of Scotland.

“We will continue to work with The Crown Estate to support low carbon developments, ensure communities can reap the benefits and secure Scotland’s position as the green energy capital of Europe,” he added.

Other partners of the project include the Scottish government, Highlands and Island Enterprise, Orkney Islands Council and the Highland Council. The consortium aims to maximize the benefits of offshore renewable investments for the local area and Scotland.

The Crown Estate owns up to 12 nautical miles of the British seabed and more than 55 percent of the foreshore, as well as £6 billion in properties, including cityscapes, ancient forests, farms, parkland, coastline and communities.