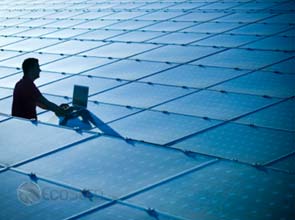 First Solar, Inc. saw an improvement in its quarterly performance as it took in $797.9 million in net sales for the third quarter of the 2010 fiscal year, representing a $210 million sequential increase.

The solar company attributed the increase to higher system sales brought by orders from the 60-megawatt Sarnia Phase 2 project in Canada.

However, sales were partially offset by a drop in the average selling prices of photovoltaic modules and lower euro exchange rates. First Solar’s (Nasdaq:FSLR) net income increased to $2.04 per fully diluted share, from $1.84 in the previous quarter, due to larger net sales. This was partially balanced by a one-time tax expense of $14.7 million, equivalent to $0.16 per fully diluted share, caused by the company’s decision to repatriate $300 million of earnings from its foreign subsidiaries.

“Our investment in research and development combined with plans to nearly double our manufacturing capacity will help us meet robust customer demand while continuing to drive down the cost of solar power,” said Rob Gillette, chief executive of First Solar.

In addition, the company expects a total capital spending of $550 million to $600 million and an operating cash flow of $595 million to $620 million.

In the past quarter, one of the company’s major achievements was the addition of two new four-line manufacturing plants each with 500 MW in production capacity.

This expansion will help meet the anticipated demand for the company’s advanced thin-film photovoltaic modules and allow the company to achieve 2.7 gigawatts of annual manufacturing capacity by 2012, the company said.