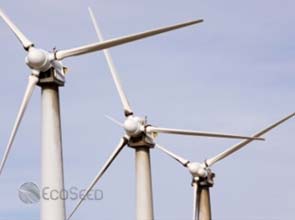 Hawaiian Electric Company and Castle & Cooke Resorts brought down the pricing terms for the Lanai wind project in Maui County.

The companies have agreed to set electricity price targets at around 13 cents per kilowatt-hour for a 200-MW wind farm and 11 cents per kWh for a 400-MW wind farm, in addition to transmission costs.

The companies claimed this scheme is the most reasonably priced renewable energy available on Oahu and will be relatively stable for 20 years with minor increases only.

These low prices will help protect Hawaii from the expected rise in the price of oil and reduce the risk to our economy and way of life from possible disruptions in oil supplies,” said Robbie Alm, executive vice president of Hawaiian Electric.

The price adjustment, which is subject to approval from the Public Utilities Commission, has been made to advance the development of the wind project, which is planned to transmit power to Oahu and displace about 15 percent of oil use in the region.

However, these prices are still comparatively higher than the average cost per kWh of electricity from utility-scale wind turbines in the United States as of 2007, at 4 cents to 7 cents per kWh.

Big plans for wind in Hawaii

The Lanai wind project will comprise about 56 wind turbines and will cover a land area of nearly 12,800 acres. It is part of the Interisland Wind project which seeks to bring around 400 MW of wind power to Oahu.

The Lanai project will be linked to Oahu by an undersea interisland cable system which is estimated to cost up to $1 billion and will be developed by the State of Hawaii department of business, economic development and tourism.

The project could also help Hawaii become less dependent on crude oil, 96 percent of which is imported from foreign sources. In 2008, oil prices amounted to $147 per barrel and devastated the Hawaiian economy.

It is also expected to help the state reach its clean energy goal of providing 70 percent of its electricity and transportation needs from renewable energy sources by 2030.