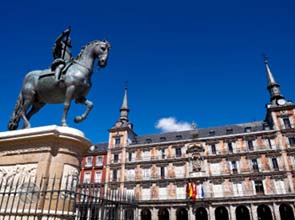 The fight over the future of Spain’s solar subsidies is heating up as an industry group challenges the government’s decisions to roll back feed-in tariff rates given to solar photovoltaic power plants.

The Spanish Photovoltaic Business Association believes cutting subsidies given to new and existing solar plants by 30 percent is virtually an assault on businesses that had already invested billions based on the subsidies guaranteed by the government.

On its Web site, the association lamented that its worst fears have come when the cuts were enforced, and deemed the reduction as discriminatory against PV.

«The cutting is not balanced with respect to other technologies, both conventional and renewable, and even between regions…,” the association said in a statement.

They added that imposing a limit of one hour without regard for the kinds of communities, difference in solar radiation, technological characteristics and business investment plans is not fair.

The government decided to place a cap on the number of hours of subsidized generation that solar plants can sell to the grid. The largest reduction came from the PV sector, most likely because the sector took half of the 6 billion euros (over $8 billion) in total renewable energy subsidies in 2009.

While fixed PV systems could feed up to 1,753 hours to the grid in the past, only 1,250 processing hours will now be permitted over the next three years.

Faced with a large budget deficit of 16 billion euros, the government finds the lower subsidies justifiable, especially with the falling cost of the PV cell.

From the side of the investors and analysts, however, such changes were considered a breach of trust because the government guaranteed the subsidies for 25 years when it was introduced in 2007, said EuPD Research. They said this could increase uncertainty in other clean energy sectors in Spain.

The recent ruling was the fourth regulatory change for PV plants in less than four years.

Exactly how the latest cuts to solar funding in Madrid will be felt throughout the industry is still uncertain, but analysts at EuPD Research believe the implications will be significant.

“But not only the PV industry and its directly or indirectly related spin-off industries will suffer from the decision made in Madrid – millions of Spanish senior citizens and pensioners, as well as fund investors all over the world will feel the impact of this decision,” said Markus A.W. Hoehner, chief executive of the analyst firm.

A group of international investors sent a letter in May 2010 directly to President José Luis Rodríguez Zapatero to compel him not to impose subsidy cuts on PV. They said Spain’s tariff deficit is due in large part to their not passing the full cost of conventional and renewable energy on to consumers.