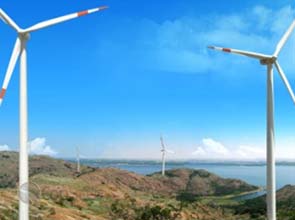 The single deal is said to be the largest by an independent power producer for wind power in India. But much of the details are still under wraps as of press time.

Newcomer Caparo Energy (India) Limited is a wholly owned subsidiary of London-listed Caparo Energy Limited. Suzlon said the company is focused on becoming one of the leading independent power producers in India with a thrust on wind energy.

The projects will use various Suzlon turbine models including the S88 and the new S9X series 2.1-MW turbines. Suzlon’s new S9X series is designed with larger rotor diameters and increased hub heights, among other features.

“India’s energy market is one of the world’s most buoyant. With the supportive regulatory framework for wind energy, we see a great opportunity to invest as an I.P.P. in what is the world’s fifth largest wind energy market,” said Angad Paul, the power company’s chairman.

Mr. Paul said recent improvements in the regulatory framework, such as the revised feed-in tariffs,

“With large players like Caparo entering the market, we are also seeing large wind independent power producers in India becoming a major force, in addition to the strong captive and small-size I.P.P. segment,” Mr. Tanti added.

The order from Caparo follows another 1,000 MW worth of wind power projects Suzlon inked earlier in January with the Gujarat government.

The deal, which could deliver $1.3 billion in investments for the state, includes wind farms to be built in Saurashtra, Kutch and other Gujarat districts.

Suzlon, the world’s third leading wind turbine maker based on market share, achieved 15,000 MW of cumulative installations through 10,500 turbines installed across 25 countries in December. This accounts for 9 percent of the world’s total wind power installations.