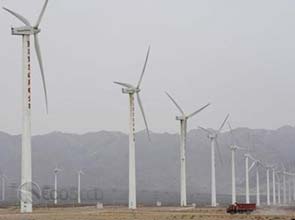 China must speed up resource tax reforms to fight heavy pollution and also make a priority of energy-saving to stave off «risky» dependence on foreign supplies, the nations Vice Premier Li Keqiang said in remarks published on Friday.

Mr. Li’s wide-ranging speech on environmental policy was made in December, but state media did not report the comments until Friday.

The speech to scientists and government officials stressed how critical energy concerns are to China’s foreign policy and its economic goals, which will be fleshed out in a five-year plan to be approved by the national parliament next month.

But China will not be able to wean itself off dependence on coal, even as it faces growing international pressure over its emissions of greenhouse gases from fossil fuels that are spurring global warming, Mr. Li told the meeting of experts, according to a transcript of the speech in the China Environment News, the official newspaper of the Environmental Protection Ministry.

«It will be very difficult to fundamentally alter our country’s energy supply structure which is based on coal consumption,» Mr. Li said, noting that coal provided for about 70 percent of China’s energy needs.

«If we rely on the international market to satisfy our energy supplies, there are big risks and also big costs,» said Mr. Li, who is likely to succeed Wen Jiabao as premier, the top government post, in early 2013.

«To ensure such large energy needs, we must both increase investment in energy development and also ensure the security of international and domestic energy supply routes, and that requires a major foreign policy effort,» he said in the speech.

«Therefore, energy-saving must always be a priority.»

Mr. Li, who has an economics degree, did not give specifics about policies Beijing may take up to meet its energy conservation and pollution-cutting goals. But he said the government should focus on developing policies to ensure that «polluters pay.»

«Establish an effective system of incentives and constraints so that law-abiding businesses gain economically and law-breaking businesses pay a heavy price,» he said.

China would «accelerate resource fee and taxation reforms,» he added.

Mr. Li did not give details of those possible reforms. His comments suggest, however, that the government may move ahead with an environmental tax plan that has been submitted to the State Council, China’s cabinet.

That tax is likely to be levied on carbon dioxide from fossil fuels and on discharges of polluted water.

Scientists have concluded that since 2006-2007, China’s annual greenhouse gas pollution has passed the United States’, the world’s top emitter for the 20th century. China’s greenhouse gas emissions from fossil fuels grew by 8 percent in 2009, while an economic slowdown held down emissions growth in many rich countries.

«Our country is among the world’s biggest energy consumers and carbon emitters,» said Mr. Li.

«If we don’t solve resource and environmental problems, domestic development will be difficult to sustain, and we’ll also face international pressure, which will damage our external room for development.»

China is also beset by other kinds of pollution from fast-growing industry, and Mr. Li singled out the heavy metal sector as a pressing worry.

In 2010, a spate of heavy-metal poisoning cases hit China, many involving villages near mines and smelters where hundreds of children ingested dangerous amounts of lead and other pollutants.

The heavy metal pollution was «a grave threat to public health and even affecting future generations,» said Mr. Li.

«We must do our utmost to reduce the threat from heavy metal pollution,» he said.