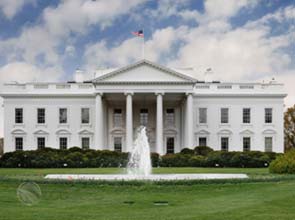 The White House on Wednesday afternoon signed into law a measure that would continue funding projects and activities of the national government until March 18, but would include a total of $4 billion in spending cuts, with the bulk of the cuts affecting clean technology and Environmental Protection Agency programs.

United States Press Secretary Jay Carney issued a statement confirming the executive’s passing of the House-backed Joint Resolution 44, which would effectively slash $2 billion from the E.P.A., and one-third from the Energy department’s efficiency and renewable programs’ budget.

The House of Representatives on Feb. 19 passed an earlier continuing resolution that sought to cut $100 billion in government spending, a measure that would effectively curtail the E.P.A.’s capability to regulate greenhouse gas emissions, stop the E.P.A. from regulating new kinds of “navigable waters” under the Clean Water Act, and block the Interior department’s new “wild land” policy.

The Senate was not amenable to the cuts proposed in the earlier resolution so the House revised the measure and passed the bill Tuesday. The Senate followed suit and passed it Wednesday morning.

H.J.R. 44 will serve as a two-week stop-gap funding bill so that the government could continue functioning and so as for America to not experience a shutdown. By then, the White House, the Senate, and the House should have agreed on a separate spending measure that will fund the country for the rest of fiscal year 2011.

Presently, government operations are being temporarily funded at FY 2010 levels under House Resolution 3082, the Continuing Appropriations and Surface Transportation Extensions Act of 2011, which will expire on March 4, 2011.

The bill would eliminate eight current government programs for which no funds were requested in the president’s budget and would eliminate funding that was made available in fiscal year 2010 that would have gone to earmarked programs and projects.

The Democrat-led Senate already made calls for the White House and the Senate to join them in jumpstarting fiscal planning.

“The time has arrived for Republicans to come to the table to begin negotiations with Senate Democrats and the White House immediately on a long-term package,” Senate Majority Leader Harry Reid said in a statement.

“Continuously passing short-term funding bills without addressing the long-term needs of the government is ineffective and inefficient,” Sen. Richard Durbin said in the same statement.

“We just bought another two weeks’ worth of time with this stopgap measure, but the clock is already ticking until March 18,” Sen. Charles Ellis Schumer added.

However, the House Republicans were intent on pushing through with the $100-billion cut in the longer-term budget. “The American people want us to cut spending while keeping the government running. Eleven days ago, the House passed H.R. 1, which accomplishes both of those goals,” House Speaker John Boehner said in a separate statement.