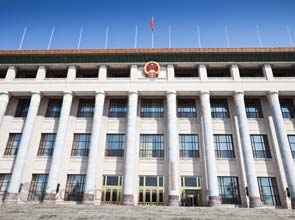 Chinese Premier Wen Jiabao issued the latest draft of China’s 12th Five-Year Plan for economic development, which plots targets for the environment and clean energy in the country’s efforts to achieve their pledge to cut carbon intensity by 2020.

The announcement of the five-year plan, China’s key initiative for planning its economy, was made last Saturday at the fourth session of the 11th National People’s Congress.

In an attempt to reduce China’s dependence on coal, which comprises about 70 percent of the country’s total energy consumption, they plan to increase their use of non-fossil fuel from 8.3 percent in 2010 to 11.4 percent in the next five years.

In addition, they intend to expand their use of wind, solar and biomass energy, with a plan to install 235 million kilowatts or 235 gigawatts of power generation from clean energy sources.

Most of the “clean energy” category will be derived from hydropower. China plans to build 120 million-kilowatts’ worth of hydropower stations along major rivers such as the Jinsha, Yalong and Dadu Rivers.

For wind energy, the plan is to create 70 million kW worth of wind power capacity with six large wind farms on land and two onshore.

China projects that energy use in the country will increase 4.24 percent in the next five years. With that projection amid the potential difficulties posed by inefficient energy use and pollution, the draft includes a cap on the country’s total energy consumption.

The mandatory ceiling is 4 billion tons of coal equivalent by 2015.

Carbon dioxide emissions are planned to be cut by 17 percent in the next five years.

The draft is still subject for review by the National People’s Congress, China’s top organ of state power, and the National Committee of the Chinese People’s Political Consultative Conference in the coming days.

Earlier drafts were met with criticism from different groups and nongovernment organizations.

They also suggested that the country adopt higher energy savings targets along with implementing more ambitious action plans while supporting policies that will push them.

For example, Greenpeace is pushing for an environmental tax for carbon dioxide among other gases that will reflect coal’s environmental cost.

The organization further recommended having detailed policies and laws that will regulate agricultural pollution, such as the decrease in the use of pesticides and fertilizers.

The World Resources Institute, an environmental nonprofit, was earlier concerned with the plan’s single-year goal of 1.5 percent reductions in sulfur dioxide and nitrogen oxide.

They emphasized that the percentage was not high enough, citing the last five-year plan’s 10 percent reduction for sulfur dioxide and chemical oxygen demand which the country exceeded at 14 percent.

Pan Jiahua, a senior researcher from the Chinese Academy of Social Sciences, defends the current plan, saying radical cuts would reduce the public’s quality of life.