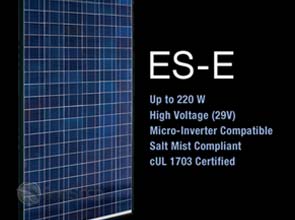 The quarterly loss eclipses the $265.2 million the company lost during the whole of 2009. Meanwhile, its gross margin for the fourth quarter of 2010 was at negative 84 percent compared to 7.5 percent at the same time last year.

The company attributes the revenue decrease to its decision to close down its unprofitable solar wafer factory in Massachusetts. It was announced in January that it will shut the factory and lay off 800 jobs to preserve cash, just two years after it was openly supported by $58 million in taxpayer subsidies by the state.

Evergreen chief executive Michael El-Hillow said that falling prices and competition from cheaper suppliers in China made the plant «no longer economically feasible.» The average selling price of the company’s wafers for the quarter was $1.90 per watt, down approximately 6 percent from $2.02 per watt recorded in the third quarter of 2010.

The company will continue to operate manufacturing plants in Midland, Michigan and Wuhan, China. The Wuhan plant was built in collaboration with Jiawei Solarchina Company and was financed with $33 million from a Chinese government investment fund.

The Wuhan plant already has 75 megawatts out of its 100-MW planned manufacturing capacity. By year end, Evergreen said it will add a pilot production line of up to 25 megawatts, which it claims can produce its proprietary string ribbon wafers for $0.25 per watt by 2013.

“We believe we are now better positioned to facilitate a rapid transition to a strategic supplier of low cost multi-crystalline silicon wafers,” Mr. El-Hillow said.

Traders on the NASDAQ reacted to Evergreen’s gloomy fourth quarter report when it was announced on March 9, sending its shares tumbling 7 percent from $2 to $1.86 when trading closed in March 10.