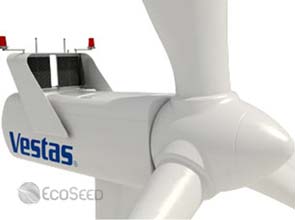 Vestas Wind Systems A.S. will install 225 megawatts’ worth of wind turbines in three Iberwind wind farms to bring back into operation three of the country’s oldest wind farms.

Vestas will supply 75 units of its 3-megawatt wind turbines to the Candeeiros I, Candeeiros II and Pampilhosa wind farms built between 2005 and 2006

Delivery and installation of the wind turbines is scheduled to start in May with a target completion date in August. The Danish wind leader will also provide a wind systems supervisory control and data acquisition system for the plants for seven years.

Portuguese wind farm operator Iberwind owns the three wind energy sites, which is said to be capable of generating over 595 gigawatt-hours of electricity each year, or light about 455,000 Portuguese households.

Iberwind also plans to rehabilitate 18 old Mitsubishi turbines and replace them with Vestas units. Overall, a 20-percent increase in the total capacity generated by the power plant is expected after all modifications.

The company said the capacity increase will answer Portugal’s new law requiring wind power in the country to increase by up to 20 percent.

Vestas had previously delivered 296 MW worth of wind turbines to Iberwind’s wind portfolio. The company supplied six units for the repowering of Iberwind’s Lagoa Funda wind power plant, which the company claimed to be the first repowering project in Portugal.