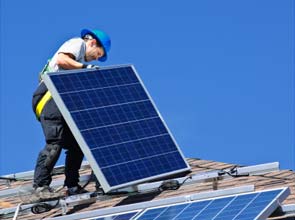 The company, which makes modules, inverters, mounting systems and glass coating for modules, had earnings after taxes of 15.8 million euros ($22.08 million) in 2010, a huge improvement from the same period in 2009 which posted negative 29.7 million euros.

Centrosolar is expecting that its income and revenues will be affected in the second quarter prior to feed-in tariff cuts for solar PV, among other renewable energy sources. Opportunities lie elsewhere in Europe and in North America but still largely depend on passing feed-in tariffs, the company pointed out, showing how crucial government incentives are in driving private investment into renewable energy.

Like most countries in Europe, Germany planned to drop its feed-in tariff rates to ensure that the government can provide subsidies since the industry boom have been found counterproductive. In July 2010, tariffs for solar roofs have been reduced by 13 percent while open-field installations, such as those set up on agricultural land, by 12 percent.

Under the plan, solar subsidies will be cut by 15 percent when the PV market grows beyond projections to help control oversupply of project applications. Conversely, the rates will be slashed at 3 percent at times of declining growth to spur interest from business. If the market slows down and generates less than 5.3 gigawatts, the expected demand from March to May 2011, the feed-in tariff adjustment will not occur until 2012.

“The transitional phase from a technology funded with state aid to an increasingly competitive source of energy has begun,” company managers wrote in their annual report.

“In response, we will need to adhere to consistent cost management, perform intensive sales work, and also demonstrate a fair degree of creativity in developing products and market.”

Looking ahead to 2011, Centrosolar is expecting revenue in the range of 420 million euros to 450 million euros. Earnings before interest and taxes, a measure of the company’s profitability, is forecast at 16.8 million to 27 million euros, a conservative range considering that the company’s 26.6-million euro EBIT last year was a 286-percent improvement from 2009.

The company placed a five-year 50-million euro bond paying 7 percent, which gives the company “leeway and flexibility to seize organizational or potentially external opportunities for growth”. In addition, it will be expanding the manufacturing capacity at its Wismar plant from 200 megawatts to 350 MW in the third quarter.

“But there is one thing we should not forget: the resources on which our prosperity is built are in increasingly short supply. Nor is nuclear power the answer, as the recent terrible events in Japan have demonstrated. There is no alternative to switching to renewable energies,” the company managers added.