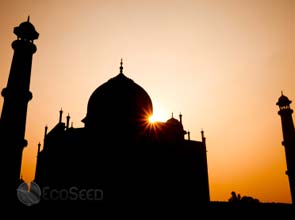 India said it is meeting targets under an ambitious national solar program set to make it one of the leading solar powerhouses in the region.

According to India’s Ministry of New and Renewable Energy, it approved 802 megawatts’ worth of grid-connected solar projects in 2010. Another 36 MW of off-grid solar projects was also granted.

Meanwhile, the ministry said six major research projects were accomplished last year, including the setting up of the National Centre for Photovoltaic Research and Education at Indian Institute of Technology-Bombay.

«Successful completion of these projects under the mission would accelerate the process of achieving grid tariff parity for solar power and also help reduce consumption of kerosene and diesel, which is presently in use to meet the unmet demand,» a government statement said.

No specific details on the individual projects were given, but a document from the renewable energy ministry shows that as of August last year, 29 off-grid solar projects have already been approved.

The largest application was from Rajasthan Electronics and Instruments Limited for a 10.27-MW solar power plant in the state of Rajasthan.

The smallest approved project was a 32-kilowatt development for the local branches of the Gurgaon Gramin Bank in the northern Indian state of Haryana. The document describes the solar plant as consisting of 20 units of 1.6-kW solar generators.

The Jawaharlal Nehru National Solar Mission is the centerpiece of India’s solar electrification programs. It is a part of the country’s National Action Plan on Climate Change.

The solar mission aims to have established by the year 2022 some 20,000 MW or 20 gigawatts of grid-connected solar power and 2,000 MW of off-grid solar installations, the latter representing about four coal-fired power plants.

It also aims to aid research and development to support solar power’s “grid parity” in India by 2022 – when solar costs can already compete with those of traditional fossil fuel energy sources.

Until March 2013 under the solar mission, the first phase of the program, the target is to reach 1,100 MW of grid-connected solar plants, including 100 MW of capacity for rooftop and other small solar power installations.

The solar mission’s phases span the remaining period of India’s current 11th five-year economic plan and the first year of the 12th plan which begins in 2013.