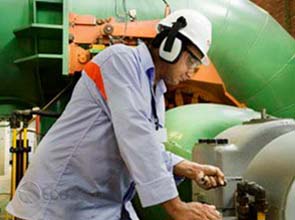 Italian utility Enel SpA will invest over 31 billion euros ($43.35 billion) to improve its clean energy mix and improve its projects’ energy efficiency for the next five years.

In its recently published 2011-2015 business plan, Enel announced its intention to improve its entire portfolio’s renewable energy mix – while still including nuclear power and clean coal – over the next five years.

Italy and the Iberian Peninsula — Spain and Portugal — are Enel’s key markets with a combined portfolio of 62.85 gigawatts installed capacity. Enel has set aside 18 billion euros from its entire investment budget for investments in Italy and Iberia over the next five years.

The utility also intends to strengthen its position in Russia as well as countries in Latin America with an allocated investment budget of around 13.3 billion euros set aside for those areas.

For 2010, Enel reported a 14 percent increase in revenues despite a challenging business environment.

Through their subsidiary, Enel Green Power, Enel intends to increase the amount of renewable energy in its portfolio over the next five years.

The utility expects to invest 6.4 billion euros on renewable energy over the next five years. 2.4 billion euros are allocated for Italy and Iberia, while the remaining four billion euros will go to projects in other countries in which it operates.

These renewable energy investments are meant to increase Enel’s net installed capacity from the current 6.1 GW to 10.4 GW and the EBITDA of Enel Green Power to 2.4 billion euros by the end of the plan.

Investments in Italy will finance the clean coal conversion of their Porto Tolle plant and the construction of a degasification terminal at Porto Empedocle. Enel also intends to launch a nuclear power program in the country.

In Iberia, Enel will focus on developing pumped-storage hydroelectric plants as well as energy efficiency projects to increase the capacity of existing plants.

Investments in both Italy and Iberia will also include installations of digital meters and smart grids.

About 4.8 billion euros will be invested over the next five years for projects in power generation and distribution in Latin America.

Enel will focus in the development of their 370-megawatt Bocamina II coal-fired plant in Chile and the 400-MW El Quimbo hydroelectric plant in Columbia.

In Russia, about 1 billion euros over the next five years will be used to improve the quality of the energy mix. Notably, Enel announced it will fund the construction of an 800-MW combined cycle plant in the country.

Meanwhile in Romania, Enel expects to invest around 800 million euros in unspecified projects aimed at strengthening efficiency and expanding its customer base.