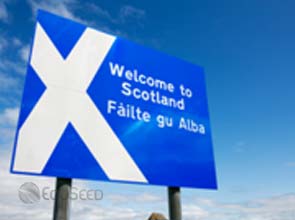 Doosan Power Systems Ltd., a clean energy-engaged unit of one of South Korea’s biggest power infrastructure contractors, plans to invest as much as 170 million pounds ($278 million) over the next 10 years to build an offshore manufacturing wind base in Scotland.

Doosan Power Systems, a subsidiary of Doosan Heavy Industries & Construction Company, will initially build a renewables research and development base in the town of Renfrew near Glasgow according to a memorandum of understanding signed with the Scottish government.

In the future, Doosan might decide to locate its wind turbine assembly and manufacturing facilities in the country after further discussions.

The company’s new wind base is expected to create 700 jobs directly and 1,000 more in the supply chain. The R and D facility will employ 200 people instantly.

The Doosan venture follows commitments by Mitsubishi Power Systems Europe Limited to invest as much as 100 million pounds in a turbine research center in Edinburgh, alongside the acquisition of Edinburgh-based firm technology Artemis Intelligent Power in December.

The company currently offers a 3-megawatt wind turbine product and is developing a 6-MW version for offshore applications.

Britain aims to generate 31 percent of its electricity from renewable energy by 2011, and 80 percent by 2020, a figure raised from only 50 percent in September last year. Most of that electricity is likely to come from wind power.

The government said Scotland has 206 gigawatts of offshore wind, wave and tidal capacity. Harnessing just one third, or 68 GW, is enough to power Scotland seven times over.

In January, Britain announced in that it will award £100 billion worth of contracts for nine offshore wind farms. It attracted some of the big energy players including Southern Energy, E.ON and Scottish Power and Norway’s Statoil, Germany’s RWE and Sweden’s Vattenfall.

The Scottish government approved six of the wind development sites last March 18 but also scrubbed three sites due to environmental and economic issues.

The acquisition is meant to speed up the delivery of Hywind, said to be the world’s first full scale, floating wind turbine.

Technip announced in early 2010 that Aberdeen, Scotland will be its headquarters for all of its European offshore wind projects.