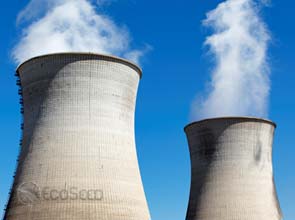 The crisis unfolding in Japan’s nuclear reactors has triggered a strong response among Americans to consider the use of more wind and solar power, support energy efficiency, and cut federal funding given to the nuclear power industry, a new survey from the Civil Society Institute revealed.

A national survey of 814 Americans conducted by ORC International for the non-profit group from March 15 to 16 revealed that 76 percent of them are now more supportive than a month ago in using renewable energy sources and increase energy efficiency as a safer alternative to nuclear power.

“The survey findings suggest that Americans would like to see the brakes applied to more nuclear power. This goes beyond the simple gut-level question of whether nuclear power is supported or opposed,” Graham Hueber, senior researcher at ORC International, said.

“When Americans are asked about their views on specific policy questions that go to the future of nuclear power, there is majority support across the board on every question for moving away from greater reliance on this power source.»

Fifty three percent of the respondents said they would now want a moratorium on new nuclear reactor construction in the United States if energy efficiency and off-the-shelf renewable technologies such as wind and solar could meet their energy demands for the near term.

A fact sheet from the White House said that the country currently generates 40 percent of its power from clean energy. But 2009 figures from the Energy Information Agency noted that the current clean energy mix is just 10 percent renewables and 20 percent nuclear.

In his January 2011 State of the Union address, United States President Barack Obama announced that the country is committing to produce 80 percent of its electricity from “clean” energy sources by 2035.

A total of 73 percent of Americans said that billions of taxpayer’s money should not be spent on building new nuclear power reactors in the United States. Additionally, 74 percent of them said that federal loan-guarantees should be given to wind and solar power instead.

Seventy three percent of the respondents were also calling on Congress to review a 1957 law that makes nuclear power companies not accountable from most disaster clean-up costs. They argued that nuclear firms should be held «liable for all damages resulting from a nuclear meltdown or other accident.”

«The American public clearly favors a conservative approach to energy that insists on it being safe in all senses of the word – including the risk to local communities and citizens,” Civil Society Institute president Pam Solo said.

“These poll findings support the need for a renewed national debate about the energy choices that America makes,” she added.

The survey found that 51 percent of respondents are now against plans to extend the operating lifespan of the country’s oldest nuclear reactors. As of 2008, the United States has 104 nuclear power plants.

Exelon Corporation’s 619-megawatt Oyster Creek nuclear plant in New Jersey, which came online in December 1969, is the oldest of them. It uses a General Electric Mark I Boiling Water reactor identical to those installed at Japan’s Fukushima nuclear plant that was struck by a tsunami in the March 11 earthquake, knocking out its backup generator which caused its cooling functions to fail.

«The Japanese crisis is an opportunity for America to make smarter choices about energy, and that process should start with a recognition that the problems with nuclear power cannot simply be ignored in the wake of the tragedy at Fukushima,» Ms. Solo pointed out.