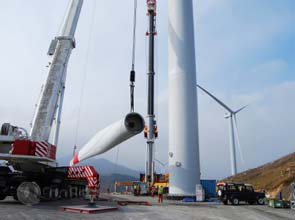 Iberdrola Renovables, a Spanish multinational wind power corporation, began building its 80-megawatt wind farm in Romania on a site that will be Europe’s largest wind complex.

The 80-MW Mihai Viteazu wind farm is Iberdrola’s first project in the country. It is also the first step in the construction of the Dobrogea wind complex.

The Dobrogea wind complex will be the site of as many as 50 to 55 wind farms with a total combined capacity of up to 1,500 MW to be connected to the Romanian national grid. This will be the largest volume of grid-connected wind power in Europe to date.

The Mihai Viteazu facility will be the first to be built in the entire complex. It will be located in the Constanza district in the Dobrogea region southeast of Romania, 23 miles west from the Black Sea.

The construction of the wind farm will be led by Iberdrola Engineering and Construction, a company that specializes in the installation of electrical power generation

Iberdrola has also signed an agreement with the Romanian network operator, Transelectrica, for the terms for connecting the planned 1,500-MW of new capacity to the national grid.

It is projected that the energy generated from the 1,500-MW wind complex can supply 1 million households in Romania with power, which is the population equivalent of the country’s capital city, Bucharest. The complex is estimated to reduce annual carbon dioxide emissions by 1.25 million tons.

Iberdrola will build the wind farms in Dobrogea gradually between the years 2011 and 2017 along with its partner Eolica Dobrogea A.G., a Swiss-based holding company.

With the agreement, the holding company will be in charge of the development tasks such as planning and obtaining permits while Iberdrola will be responsible for construction and operation. Both inked their partnership in 2008.