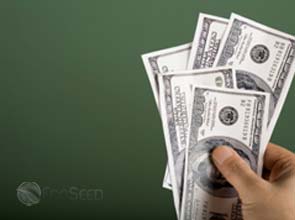 Giving cash grants to project developers are more effective when it comes to spurring the growth of the renewable energy sector and promoting alternative energy projects than giving them tax credits, a recent study showed.

A Bloomberg New Energy Finance-commissioned study by political think tank Bipartisan Policy Center found that cash grants are significantly more effective than tax credits because the former simplify the financing structure of the project and lower the cost of capital as compared with tax credits, which give developers a limited capital pool and expensive financing costs.

“This study shows that solar and wind subsidies distributed through cash grants are approximately twice as effective as tax incentives,” said the center’s energy research director Sasha Mackler. “In other words, one dollar in cash has nearly double the value of a dollar in tax credits to a project developer.”

With tax credits, it’s not so simple. Since clean energy developers are small and do not have lots of revenue, they do not pay a ton of taxes and do not much have use for tax credits. They have to partner with tax equity providers to finance the projects.

Tax equity providers are large tax-paying financial entities that can use the tax incentives to offset future tax liabilities.

This would make tax equity financing more expensive than other financing options, such as cash grant schemes.

The study also underscored the slow progress of projects under tax credit schemes as these projects are very dependent on the nature of the tax credits, that is, developers have to start or stop construction of the projects in coordination with the tax credit’s implementation or expiration.

In other words, tax-based projects are liquid and do not provide much security to investors, the study said.

The study suggested ways on how the renewable energy project financing structure could be improved, making the clean technology investment and development atmosphere attractive, such as:

• Adding more sources of capital for developers, such as awarding of subsidies on a competitive basis, cash grants, and feed-in tariffs;

• Ensuring that policies and incentives have a long-term lifespan by putting in place tax credits that are more than valid for more than one or two years to lessen inconsistencies in planning; and