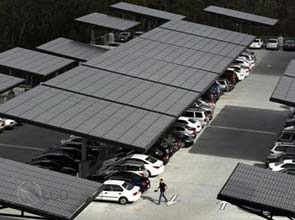 The United States fell one spot to third place in clean-energy investment last year as the lack of a national energy policy hurt purchases in wind and solar power and other technologies, a report said on Tuesday.

China came in first and Germany second, according to the report «Who’s Winning the Clean Energy Race» by the Pew Charitable Trusts, an independent, nonprofit group.

In the previous year the United States had fallen from the top spot to second place, behind China.

A comprehensive energy bill died in the Senate last July. Washington also has failed to pass national mandates for utilities to produce minimum amounts of clean power that environmentalists and some analysts say would boost confidence for alternative energy companies to invest in the country.

China and Germany have minimum clean-energy targets that helped them move ahead, Pew said.

«There had been a theory out there that China was rising so fast in clean energy because of its low labor costs,» Jennifer Granholm, a former Michigan governor and adviser to Pew, said in an interview. «This is not about labor costs, this is about policy.»

Germany has had a long history of using feed-in tariffs to spur solar power and other alternative energy. Last year the prospect of reductions in the tariffs, under which renewable-power generators are paid a premium price for the electricity they produce, helped spur dramatic growth in solar, especially in small-scale rooftop projects.

Overall investments in clean energy, excluding research and development funding, in the Group of 20 major economies rose 33 percent last year to $198 billion amid recovery from recession, the report said.

The United States did show some bright spots. It led the world in energy efficiency with $3.3 billion in investment.

It still led the world in venture capital and private equity investments in clean energy, which globally counted for $8.1 billion, up 27 percent from the year before.

About 30 U.S. states have passed their own so-called renewable portfolio standards, which set mandates for minimum amounts of power from alternatives. But often they are surrounded by states that lack the mandates, which discourages investment, Ms. Granholm said.