U.S. top source of geothermal energy in the world – G.E.A. 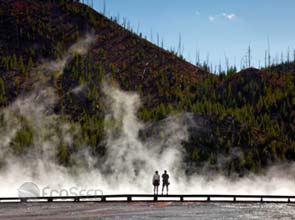 The United States – with nine states currently tapping and 15 states undergoing development on 123 geothermal projects – is the leading geothermal energy source in the world, a report from the country’s Geothermal Energy Association showed.

In its “Annual U.S. Geothermal Power Production and Development Report” released at the end of the month, the G.E.A., a trade association of U.S. geothermal companies, said total installed geothermal capacity in the country amounts to 3,102 megawatts or 3.1 gigawatts.

Geothermal power is being harnessed in the states of Alaska, California, Hawaii, Idaho, Nevada, New Mexico, Oregon, Utah and Wyoming. Other states, such as Colorado, Louisiana, Mississippi and Texas, will soon be producing geothermal energy.

According to G.E.A. research associate John Jennejohn, “New projects are focusing on generating geothermal electricity from low temperature fluids left over as a by-product from oil and gas production and harnessing electricity from geothermal fluids under high geological pressure along the Gulf of Mexico.”

«The geothermal industry has an exciting year ahead, as there are numerous projects switching from development phases to full-fledged geothermal power plants,» said G.E.A. executive director Karl Gawell.

«And a second wave of development is on its way. This report reveals that many projects are entering the drilling and production phase, which is where the majority of geothermal job creation is.»

Under the law, geothermal power projects are eligible for full production tax credit if placed in service by December 13, 2013.

In addition to that, under the American Recovery and Reinvestment Act of 2009, projects eligible for tax credits are also eligible to a grant from the Treasury Department of financing 30 percent of their capital.

As of March 2011, the ARRA has awarded a total of $363.7 million to geothermal energy projects.

Saf Dhillon, US Geothermal Inc. head of investor relations, however, said that to spur growth in the geothermal industry, a combination of government and private sector support is needed.

«While the government incentive programs may have given the geothermal space a lift in terms of initiating new activity, it’s going to take additional support from private investment that will fuel the majority of the growth in years to come,” he said.