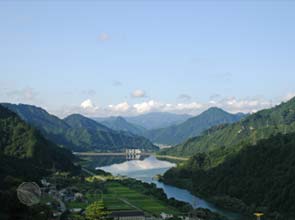 Hitachi, Ltd., Mitsubishi Electric Corporation, and Mitsubishi Heavy Industries, Ltd. entered into an agreement to consolidate their hydroelectric power generation system operations, forming a founding company that in the long term will address the demand for alternative energy.

Through the consolidation, the three companies will be able to integrate their engineering development and design strengths. This will also upgrade their human resources and stabilize technologies and expertise in the hydropower business.

Under the agreement, the three companies will establish a company to be called HM Hydro, Ltd, that will serve as the platform for the operations of the new company. It will be launched in May as a Hitachi subsidiary.

The companies will each transfer their own hydroelectric operations to HM Hydro, which include marketing, installation and after-sale services of hydropower equipment; hydroelectric power generation systems engineering; and development and design of core components of hydroelectric systems.

The signing for HM Hydro is scheduled for July this year, and will be effective in October.

HM Hydro, which will be based in Tokyo, will have 98 percent of its shares held by Hitachi. The remaining 2 percent will be equally shared by the two Mitsubishi companies.

The three companies reportedly made the move to put up the preparatory company because they expect demand for clean energy will rise in the coming years as more and more strive for low-carbon methods.

The partnership will specifically pool their strengths toward pumped-storage power generation technology.

Both companies have also done projects in China and the United States, in 2010.