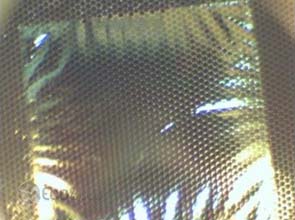 According to the researchers, solid-oxide fuel cells have previously worked at the micro-scale, but this is the first time that the technology has been scaled up to a practical size with a proportionally higher power output.

The team, led by Shriram Ramanathan, an associate professor of materials science, managed to develop a solid-oxide fuel cell that is palm-sized with a power density of 155 milliwatts per square centimeter at 510 degrees Celsius.

«The breakthrough in this work is that we have demonstrated power density comparable to what you can get with tiny membranes, but with membranes that are a factor of a hundred or so larger, demonstrating that the technology is scalable,» he said, recognizing that his research has made it possible to commercially develop solid-oxide fuel cells that operate at lower temperatures, lower costs, and higher densities.

The key to a thin-film solid oxide fuel cell is an ultra-thin membrane that comprises both the electrolyte and electrode components of the fuel cell. The fuel cell creates electrical energy via an electrochemical reaction that takes place across the membrane.

The thin film membrane has to be thin enough to allow ions to pass through and move from one electrode to another at a relatively low temperature (300 to 500 degrees Celsius).

Until Professor Ramanathan’s team’s discovery, most thin-film solid-oxide fuel cells were only about 100 microns wide. This was because of the difficulty in creating larger thin films.

In order to create the larger films, the team fortified the thin film membrane with a metallic grid that looks like nanoscale chicken wire.

The tiny metal structure provides support and also serves as a current collector. The team used this method to manufacture membrane chips about 5 millimeters wide which they then combined into a palm-sized solid-oxide fuel cell wafer.

Professor Ramanathan has already worked extensively on micro-solid-oxide fuel cells. SiEnergy Systems, LLC was formed by a team-up from Harvard University and capital investment firm Allied Minds to commercialize technology developed from his work which focuses on oxide thin films and nanostructures.

Fuel cells as an energy-generating technology are considered a low to zero emissions power source depending on the fuel fed into it. Fuel cells can run on pure hydrogen, in which case they are a zero-emission power source but they can also use natural gas or hydrocarbons but produce far less emissions than conventional usages.

One of the obstacles facing widespread use is the size and even weight of a fuel cell system. In order to provide sufficient power for many operations, fuel cells must be combined into fuel cell stacks typically of hundreds of fuel cells. Increasing the efficiency of individual fuel cells while still keeping them light and small is a goal many scientists work towards.

These included the development of a thin-film solid-oxide film cell that did not use the expensive catalyst platinum and also a fuel cell that could run on methane.