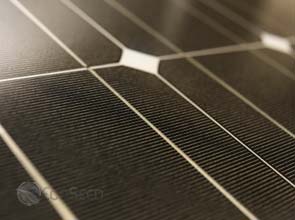 United States government agencies have allotted over $110 million and $26 million for the advancement of solar photovoltaic and small hydropower technologies, respectively.

The Energy department will be giving $112.5 million in funding over a period of five years to support the development of advanced photovoltaic-related manufacturing processes in the country through its Sunshot Advanced Manufacturing Partnerships program.

«Expanding the U.S. solar energy industry is an important part of the Obama administration’s goals to diversify our electricity supply and rebuild America’s manufacturing base to create jobs now and in the future,» said Energy Secretary Steven Chu.

«The SunShot Initiative will not only keep the United States at the forefront in solar energy research and development, but will also help us win the worldwide race to build a solar manufacturing industry that produces solar systems that are cost competitive with fossil fuels ,” he added.

The program intends to engage multiple companies across the PV supply chain, linking universities and national labs with PV cell, materials, and equipment suppliers to help accelerate the rate of innovation through coordinated PV manufacturing development and reducing the total cost of PV systems by 75 percent.

SVTC will create a fee-for-service PV manufacturing development facility that will enable start-ups, materials suppliers, and other PV innovators to eliminate a major portion of their up-front capital and operating costs during product development and pilot production, accelerating development and time to market by 12 to 15 months.

PVMC will coordinate an industry‐driven research and development initiative to accelerate the development, manufacturing, and commercialization of next‐generation copper indium gallium selenide thin film PV manufacturing technologies, driving down the cost and risk of bringing them to the marketplace, using heavy industry leveraging funds for every $1 of D.O.E. funding.

Senator Dianne Feinstein, Democrat of California, said the grants awarded to SVTC Technologies in San Jose and the BAPVC, managed by Stanford University and the University of California, will likely boost American competitiveness in the global solar energy industry and lower the cost of this renewable energy.

“Solar is a proven job-creator and will help wean us off foreign oil—supporting the growth of this industry is a win-win. California has always had the right balance of investment and know-how to push this industry, and that’s exactly what we’re now seeing happen,” she said.

For his part, Interior Secretary Ken Salazar said, «Supporting advanced, environmentally-friendly hydropower will help bring our nation closer to reaching the administration’s goal of meeting 80 percent of our energy needs with clean sources by 2035.”

The funding announcement seeks environmentally responsible projects that increase the generation of reliable hydropower for the nation’s electricity supply.

The Bureau of Reclamation is the largest wholesale water supplier and the second largest producer of hydroelectric power in the United States, with operations and facilities in the 17 western states. Its 58 power plants annually produce, on average, 40 billion kilowatt-hours per year, enough to meet the needs of nine million people.

Last week, the Interior department released a study that shows the department could generate up to one million megawatt hours of electricity annually and create approximately 1,200 jobs by adding hydropower capacity at 70 of its existing Bureau of Reclamation facilities.