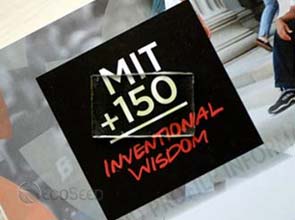 The researchers were able to develop a specific chemical formula for their cells that are based on organic molecules. When these cells are combined with partially infrared-reflective coating of indium-tin oxide it gives both high visible-light transparency and better efficiency than previous attempts on a transparent solar cell.

The solar cell currently has an efficiency of 1.7 percent in the prototype, but they expect it to reach 12 percent with further development. As an added feature, a coating of their transparent system blocks excess heat from the sunlight.

Vladimir Bulovic, co-researcher of the transparent cell, pointed out that two-thirds of the cost of traditional, thin film solar power systems come from installation costs, while half of the cost of the panels is for the glass and structural parts.

The transparent PV system he created with Richard Lunt, a postdoctoral researcher, could eliminate those associated costs, they said. The only addition to price would be a small incremental cost for the transparent solar cell material coating to the glass windows.

At home, they explained that one would only need wiring connections to the window and a voltage controller to complete the system.

They added that since there are double-pane windows, their P.V. material could be coated on the inner surfaces where it would be protected from window washing or the weather.

“It’s attractive, because it can be added to things already being deployed,” Mr. Bulovic said, rather than requiring land and infrastructure for a whole new system.

Back in June 2009, the Fraunhofer Institute for Mechanics of Materials IWM developed a similar technology. But what they developed required two different transparent coatings instead of M.I.T.’s current development which only requires one.