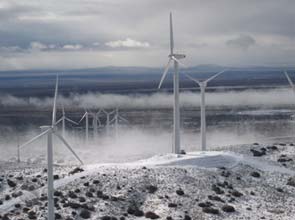 French renewable energy group EDF Energies Nouvelles said it has bought two wind projects in Mexico with a total capacity of 324 megawatts, reinforcing its presence in the country.

Construction of the 164-MW Del Istmo Eoliatec and 160-MW Eoliatec del Pacifico will have to begin as soon as possible so as to be completed within two years.

The electricity generated from both wind farms will have to be purchased by a set of local and foreign companies in accordance to the Mexican trade agreements.

Mexico has a 71-gigawatt wind power potential, according to the Global Wind Energy Council, taking into account 10 percent of the total potential area in 22 out of 32 states, and including sites with a capacity factors above 20 percent.

It cited the state of Oaxaca in the southern part of the country as among the best locations with as much as 10-GW capacity.

For higher capacity factors (more than 30 percent), the estimated potential is around 11 GW.

The country’s wind energy development has just recently started with three-fifths of the 519-MW total installed capacity coming only in 2010, representing a 156 percent increase over 2009 levels, the organization said. Water power mainly from large hydro plants accounted for around 27 percent of Mexico’s total installed power generation capacity in 2010.

EDF EN’s two new wind farms will be placed in the state of Oaxaca, where its first project in the country—the 67.5-MW La Mata La Ventosa—is also located.

Wind energy, and more recently solar photovoltaic, is the hub of the company’s business. But it also ventures in small hydro, marine energy, biogas, biomass, and biofuels.

In 2010, EDF EN’s net total wind portfolio reached 2.25 GW that is about four-fifths of the overall installed capacity. The 233 MW come from solar photovoltaic installations, and the other 183 MW from other renewable energies.

EDF, Europe’s largest producer, recently announced its plan to buy the other half of EDF EN’s remaining shares that the former doesn’t own, which is valued at $2.16 billion in total.