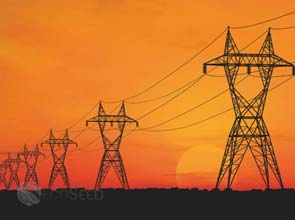 The order is valued at 150 million euros ($218.79 million). Under the contract, Alstom will deliver a 750-megawatt, 345-kilovolt high voltage direct current converter, automation technology, and system maintenance services for the first stage of the so-called SuperStation project in the state of New Mexico in the United States.

Two major and one minor alternating current power grids, namely Western Interconnection, Eastern Connection and Texas Interconnection, will be connected by the SuperStation transmission hub, enabling the efficient transfer of electricity from renewable energy sources to consumers across the United States, Canada and New Mexico.

Using Alstom Grid’s voltage source converter in the hub, the alternating current flowing from these three grids will then be converted into direct current, and this will be again transformed to its original form once transferred to the adjacent grids.

This way, Tres Amigas said the efficiency of transferring electricity from renewable energy sources to land will increase. It will also ensure energy stability when intermittent power sources such as wind, solar and geothermal are harnessed.

Both the utilities operating and people residing in United States, Canada and Mexico are expected to gain the benefits of such higher efficiency.

Generally, high voltage direct current is said to be cost-effective in transferring power as it reduces the electricity loss during the process.

Alstom Grid said the technology is suited for transmission links of wind farms, whether onshore or offshore, and for the development of multi-terminal power grids.

Engineering design for the transmission link is underway, with construction to begin in 2012 and commercial operations expected in 2014.

“Alstom Grid has exhibited the engineering acumen and understanding necessary to enable the three United States interconnections to be united in a reliable and cost effective manner.”

Alstom Grid is an offshoot of Alstom Group’s acquisition of Areva, a French state-owned nuclear power company. It is the newest sector in the larger conglomerate that operates mainly in the entire supply chain of electrical power transmission.

The SuperStation project is the largest transmission smart grid project in the United States at present.