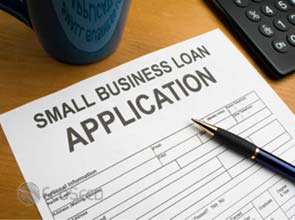 The European Bank for Reconstruction and Development provided another 10 million euros ($14.82 million) loan to Bulgaria’s largest commercial bank in an effort to ramp up local businesses’ endeavors in energy efficiency and renewable energy.

The E.B.R.D. previously endowed two similar loans to DSK Bank; a subsidiary of Hungarian OTP Bank operating in Bulgaria, to increase the latter’s support for energy efficiency projects in the private and residential sectors.

This new loan was aimed toward encouraging Bulgarian companies to implement energy efficiency schemes and increase their energy consumption from renewable sources.

Chief executive of DSK bank, Violina Marinova, said, “Our positive experience with the E.B.R.D.-granted credit facilities designed to encourage energy efficiency projects for households gives us grounds to believe that our future joint work will be very fruitful.”

“Lending for projects in the corporate client segment is yet another step towards maintaining the country’s economic sustainability.”

The money is extended under the Bulgarian Energy Efficiency and Renewable Energy Credit Line Framework of the E.B.R.D.

The B.E.E.R.E.C.L. is a loan facility provided through the partnership of the E.B.R.D., the Bulgarian government, and the European Union specifically for energy efficiency and renewable energy investments.

Under the framework, each eligible company can borrow up to 2.5 million euros whether in one or more loans, and receive grants up to 15 percent of its disbursed loan which will be taken from the Kozloduy International Decommissioning Support Fund.

The K.I.D.S.F. fund is an offshoot of Bulgaria and European Union’s agreement in 2001 to speed-up the shutdown of Kozloduy nuclear power plant. The European Union and other donors offered an assistance program to help Bulgaria cope with the early closure of the plant which was used to establish K.I.D.S.F.

The loan also comes with an assured technical assistance in the processing of investment projects.

“The project will encourage Bulgarian businesses to invest in rationalization of energy use, thus helping them to improve their efficiency and overall competitiveness,” Mr. Berg said.

In total, E.B.R.D. has provided 137.5 million euros to Bulgarian banks under the B.E.E.R.E.C.L. and supported over 140 small energy efficiency and renewable energy projects. Through this, Bulgarian companies were able to save over a million megawatt-hours a year.

The E.B.R.D. is a financial institution that supports countries in central and eastern Europe and central Asia by helping the private sector.

Such sector received 89 percent of the institution’s overall portfolio valued at 2.4 billion euros in Bulgaria.