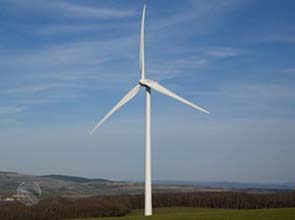 Guibang Shengtai, a private company, has activities in the financial and industrial sectors, before recently expanding into energy.

Under the partnership, Vestas will be supplying Guibang Shengtai 49 MW worth of their wind turbines for a project in Huitengxile site in Inner Mongolia.

They will use Vestas’ V80 turbine, a 2-MW design that maximizes power generation from slow and variable rotation.

Vestas and Guibang Shengtai also signed an agreement to develop 250 MW of wind energy projects in the region in the coming years. Vestas will build, commission and supervise the wind turbines in the projects. The turbines are set to be delivered in the third quarter of 2011.

Realizing the potentials of Inner Mongolia, a 150,000-square-kilometer area roughly the size of the United States’ state of Georgia, the region has seen many wind farm projects. The region has an estimated capacity of 150 gigawatts in wind power.