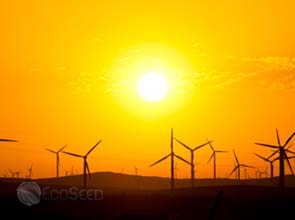 The United Nations said its Clean Development Mechanism will be maintained stable and growing, now having registered 3,000 projects that reduce carbon emissions.

The mechanism, a six-year facility under the Kyoto Protocol, allows companies to earn credits called certified emission reduction or C.E.R. for every clean energy projects they invest in developing countries.

This facility is designed to stimulate investment in clean energy and help slash the increasing carbon emissions by industrialized countries.

“The C.D.M. is improving all the time,” said Christiana Figueres, executive secretary of United Nations Framework Convention on Climate Change.

“Governments and the board that manages the C.D.M. are working to attract more projects into the poorest countries and to safeguard the mechanism’s environmental integrity.”

In addition to the 3,000 registered projects in 71 countries, there are about another 2,600 projects in various stages of the selection process. The U.N. said the projects’ growth remains steady.

With about 1,039 projects so far having earned over 600 million C.E.R. credits, the latest project to date will add to its portfolio and is expected to reduce emissions by over 101,000 tons a year.

The 3,000th registered project will be 41 wind-powered turbines, which can produce up to 49.5 megawatts of electricity, allowing the residents of Inner Mongolia in China to use clean electricity instead of those generated from the burning of high-carbon fossil fuel.

The mechanism turned out to be useful in fighting against climate change as agreed by governments in the recent climate talks in Cancun in Mexico.

The United Nations said discussions are now ongoing with regard to ways in improving the faster delivery of resources to the developing countries through the facility.

The mechanism is also a major source of income for the U.N.F.C.C.C. adaptation fund, which in turn finances adaptation projects in developing countries.

«The Clean Development Mechanism is still evolving and will continue to do so,” said Ms. Figueres.

“But from the original concept to now, it has been a success way beyond the initial expectations, not only in the number of projects but also in its ability to attract private sector investment into bettering livelihoods and environments of people in the developing world.”