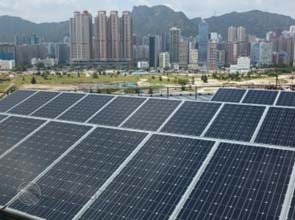 China Sunergy Ltd., a specialized solar cell and module manufacturer, is planning to invest 1.8 billion yuan ($278 million) in an expansion project that will increase its annual silicon cell production by one gigawatt.

China Sunergy’s subsidiaries in Hong Kong and in Nanjing will be the recipient of the 1.8-billion yuan investment that will in turn, produce the solar cells with a combined total of 1 GW. The company expects the first batch of the 500 megawatts worth of solar cells to be commercialized in the first half of 2012.

The reason behind the expansion project is to increase the production of the company’s newly developed Quasar cell that has an efficiency rate of 18.58 percent and a batch average of 18.35 percent, which started production this May.

“Using the current equipment and R&D [research and development] capability, we’re confident to reach large scale Quasar cell production efficiency higher than 19 percent; and within the next two years, we are further developing new techniques with the same equipment, to reach 20 percent,” said Jianhua Zhao, the company’s chief technology officer.

Funding for the project will come from the 500 million yuan three-year general corporate loan from China Electric Equipment Group Corp. Ltd., a player in the industries of power transformers, photovoltaic technologies, insulation materials, and substations. The remaining cost will be funded by credit facilities from local banks.

The Jiangsu Yizheng Economic Development Zone, a county-level city in Yangzhou, has expressed its interest in the project. Supporting the expansion project, it is providing China Sunergy with around 333,500 square meters for industrial use.

This will include comprehensive accessibility to local drainage, water, electricity, heating, gas supply, telecommunication, traffic, and a power station of 110 kilovolts prior to the construction of the facility.

“We believe solar industry has a very promising future. We take this golden opportunity to expand our production capacity and commercialize on our leading R&D technologies with the strong support of the Yi Zheng Development Zone,” said Stephen Cai, chief executive officer of China Sunergy.

Just this March, the solar company announced a 74 percent revenue increase and a $0.37 per share earnings in its fourth quarter. The company also raised its prices by 20 percent and increased its shipments 32 percent to 97.9 MW. (L.J. Polintan)