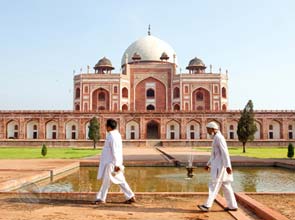 India’s Jawaharlal Nehru National Solar Mission seeks to establish India as a global leader in solar energy by creating policy conditions to support the spread of solar power projects in the country.

The draft document of Phase 2 of India’s ambitious solar plan has been released by the Ministry of New and Renewable Energy.

India’s Jawaharlal Nehru National Solar Mission seeks to establish India as a global leader in solar energy by creating policy conditions to support the spread of solar power projects in the country. The goal is to add 20 gigawatts of grid connected and 2 GW of off-grid solar capacity by 2022.

Phase I of the mission from 2010 to 2013 set a target of 1,100 MW of grid-connected power and 200 MW off-grid. The bidding for projects was further divided into two batches with batch one seeing 704 MW of grid connected solar projects selected and batch two 350 MW.

Phase II would also focus the deployment of rooftop PV systems with the goal of reaching 1,000 MW of rooftop projects both at off-grid and grid connected levels.

Since a developing country like India still has large rural areas with limited access to electricity, Phase II will focus on standalone solar off-grid generating systems. This would also include projects such as home lighting systems and other forms of solar based applications.

The Ministry of New and Renewable Energy will consider the development of solar parks at the state level as a major thrust area for Phase II. Solar parks are a concentrated zone of solar development usually over 600 hectares. Private or public investors will lease the land and construct individual solar plants in the area, sharing common infrastructure such as evacuation and transmission infrastructure. Solar parks can also have manufacturing facilities, testing and characterization facilities and other research and development related projects.

India’s solar power potential is immense with around 300 sunny days a year making it capable of producing 5,000 trillion kilowatts of clean energy. According to the MNRE, if this potential is harnessed efficiently, it can easily reduce the country’s energy deficit and reduce its carbon emissions. – Katrice R. Jalbuena