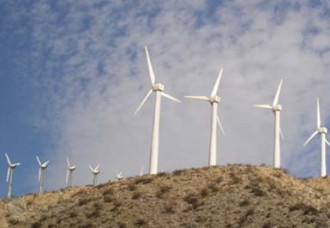 The two have already obtained a power purchase agreement and the necessary operating licenses and permits for the wind farm.

Mongolia is set to connect a 52 megawatt wind farm project – their largest so far- to the grid by the end of 2015.

Ferrostaal Industrial Projects GmbH, a German project developer facilitating worldwide investments, has announced that they are taking a majority stake in the $120 million Sainshand wind farm project in Mongolia.

The 52 megawatt project will generate around 190 gigawatts of clean, renewable power a year.

Ferrostaal is working with a local developer, Sainshand Windpark LLC, on the project. By taking a majority stake in Sainshand, Ferostaal is creating a bridge between the local developer and investors worldwide.

The two have already obtained a power purchase agreement and the necessary operating licenses and permits for the wind farm.

In 2012, the 50-megawatt Salkhit wind farm from Clean Energy LLC, funded by the European Bank for Reconstruction and Development began construction (see related story). The Salkhit farm is the first wind project in Mongolia and was connected to the grid on June of 2013.

Since 2012, Mongolia has begun to focus on developing their renewable energy industry to meet their power demands. The country aims to have renewable energy provide 20-25 percent of their energy needs by 2020 (see related story).

Wind power is considered a promising energy source in Mongolia with many areas having wind speeds of between 7.5 and 8.5 meters per second on average, ideal for wind energy generation. According to the National Renewable Energy Center of Mongolia, the country could generate up to 2.55 trillion kilowatt-hours per year of clean energy using their wind resources. – EcoSeed Staff