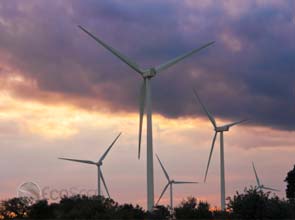 Siemens’ will be delivering its SWT-2.3-101 turbines for the project. The deal also includes a long-term service and maintenance agreement for the turbines.

Siemens is set to deliver 140 of their turbines for the largest wind farm in Ontario, Canada.

Siemens Energy announced the wind turbine and service order at the AWEA Windpower tradeshow in Las Vegas on May 5. The order is for the 270 megawatt K2 Wind Ontario project in Goderich, southwestern Ontario.

Siemens’ will be delivering its SWT-2.3-101 turbines for the project. The deal also includes a long-term service and maintenance agreement for the turbines.

“Canada is one of the most important wind markets in the Americas,” said Mark Albenze, chief executive officer of Siemens Energy’s Wind Power Onshore Americas business.

“We are proud to once again collaborate with the leading players in this market to bring renewable, clean and reliable energy to the homes and businesses of Canadian residents,” said Mr. Albenze.

Meanwhile, Siemens will also be expanding their onshore wind power fleet business in Peru with a contract for 97 MW of wind turbines for Cobra Energia.

Cobra Energia will be using a combination of 25 direct drive SWT-3.0 and eight SWT-2.3-108 turbines from Siemens at their Tres Hermanas wind power plant. The turbines are expected to be commissioned in July 2015.

Aside from the turbines, the contract also includes a six year service and maintenance agreement.

The Tres Hermanas project will be located near the city of San Juan de Marcona. It was awarded as part of the second renewable energy tender by the Peruvian Government. The wind farm will help Peru meet its goals to reduce its dependency on natural gas and decrease carbon dioxide emissions.

This is the second project that Cobra Energia is executing with Siemens in Peru. In September 2013, Cobra Energia had purchased 11 Siemens wind turbines with a total capacity of 32.1 MWs for their Marcona Wind Project. – EcoSeed Staff