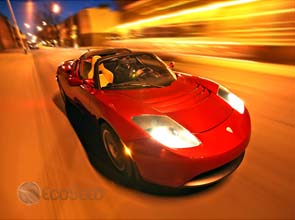 Tesla Motors is gearing up for its initial public offering as the electric car developer pinned the price of its common stock at $17 per share – several dollars higher than initial price projections.

The offering price for each share was initially rated at $14 to $16 each, which could have earned the company $180 million from the 11.1 million shares that was originally planned for trading under the ticker symbol TSLA.

But apparently, Tesla intends to make a more significant dent on the automobile market, considering that it would be the first American automaker to go public in more than 50 years, after Ford Motor Company’s own I.P.O. in 1956.

Tesla increased on Monday the number of shares that it intends to offer by 20 percent, reaching 13.3 million shares. Of the share total, Tesla will sell more than 11.8 million while selling stockholders will sell over 1.4 million shares.

With an increased share total and higher share pricing, Tesla’s I.P.O. is expected to rake in approximately $260 million – a total that can reportedly ease up the company’s financial losses.

Tesla is banking on its expertise and focus on clean energy technology as its most potent selling point. The company believes that with the volatility of oil prices, its electric vehicles would be in the perfect position to tap into consumers growing interest in advanced technology vehicles.

Scott Sweet, senior managing partner of Initial Public Offering Boutique, told MarketWatch that the stock would likely attract a cult following. Stock exchange Nasdaq agreed, saying that Tesla attracted considerable investor interest in its offering during the final pricing.
The company also intends to sell $50 million worth of its stocks to Toyota Motors Corporation (NYSE:
TM
, TYO:
7203
) at the offering.

Tesla will use a portion of the proceeds to purchase the $42 million Nummi manufacturing plant in Fremont, California previously owned by Toyota. The company plans to launch production of its electric Model S family sedan in the new facility as part of its expansion plans.

The manufacturing facility is reportedly capable of producing 500,000 vehicles annually.