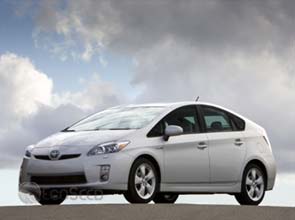 Japan’s Toyota Motor Corporation will replace water pumps that cool around 650,000 of their Prius hybrid vehicles worldwide, but the company is adamant that the fix is not another recall.

Toyota said the repairs are needed in Prius cars from model years 2004 through 2007. Faulty water pumps can cause air bubbles to build up and disrupt the flow of water used for cooling. This, in turn, will lead to overheating, resulting in reduced power output, explained John Hanson, the company’s national manager of environmental, quality and safety communications.

When a pump malfunctions, the car’s hybrid system switches off to prevent overheating, causing the regular gasoline engine to take over. While the fault would not prevent the car from running, it could still lead to lower power output.

The announcement came as Toyota strives to rebuild an image marred by more than 12 million safety recalls in 2009 over unintended acceleration, engine, steering and brake problems.

But the automaker pointed out that the current repairs are not a recall because the problem is not a safety issue, and there were no reports of accidents or injuries related to the coolant condition. Rather, the repairs are considered under a voluntary customer support campaign.

Owners of the involved vehicles will be notified beginning this December. Toyota will replace the faulty water pump with a newly designed one at no charge as long as the owner arranges for service before November 30, 2013.

Toyota (NYSE:TM) is keen to avoid further headlines over recalls of its Prius hybrid, especially with its tarnished image in North America. Toyota is the only major automaker with sluggish sales in the United States despite support of incentives.

However, the Prius’ popularity reached an all-time high in Japan as it was heralded the best-selling car for the 18th consecutive month in October, the Associated Press said.