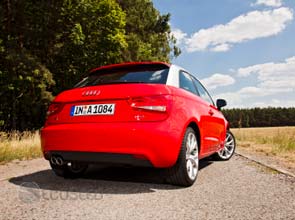 A Hungarian environmental group has appealed against the land use permit issued for German car maker Audis 900-million euro ($1.34 billion) expansion of its plant in Hungary, news agency MTI reported on Thursday.

Audi, a unit of Volkswagen AG, plans to lift production to 125,000 vehicles a year once its expanded plant in Gyor, in western Hungary, begins full production from 2013, creating 1,800 new jobs and giving a major boost to Hungary’s export-driven economy.

The land use permit is a precondition for Audi to get full planning permission for the expanded plant, MTI said.

It said the green group that filed the appeal was concerned that wildlife in the affected area – which also includes part of a nature reserve – can be successfully migrated elsewhere.

The group also says the ruling that approved the land use for the site contained procedural errors.

In January, the European Commission approved the extension of the plant on the grounds of paramount public interest.

The government has approved 11.2 billion forints ($62.88 million) in direct subsidies for the expansion.