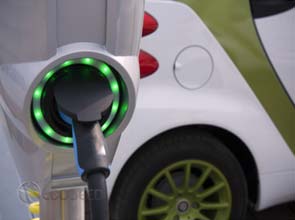 The institute is calling on experts and various interested professionals in the industry to come up with the guidelines for the plan.

Last March, calls were made for the standardization community to have a coordinated approach to keep pace with rising electric vehicle initiatives worldwide.

«The electric vehicle standardization plan will provide a mechanism to foster coordination and collaboration among public and private sector stakeholders,” said S. Joe Bhatia, president and chief executive of the nonprofit institute.

Mr. Bhatia said they will include industry, government agencies, utilities, standards and conformity assessment organizations, code officials, and others to enable the safe, mass deployment of electric vehicles and associated infrastructure in the U.S.

The group will also be coordinating with other electric vehicle initiatives locally and internationally.

Among a topic that needs to be discussed in the coming months are vehicle-to-grid capabilities.

The vehicle-to-grid concept sees to it that plug-in electric vehicles, such as electric cars or plug-in hybrids, don’t just take power from the grid but can also transmit power to it when needed.

The institute’s vehicle-to-grid efforts will be supervised by a panel under the National Institute of Standards and Technology.

The American National Standard Institute is a nonprofit organization working on standardization and conformity assessment systems for raising quality standards in the American market.

It represents more than 125,000 companies and organizations and 3.5 million professionals worldwide.

Another organization, the United States Insurance Institute for Highway Safety, recently released a study taking a closer look at electric vehicles, focusing on how they meet safety standards.