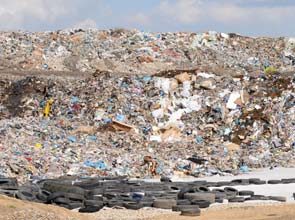 The Baltimore Sun reported that activists denounced Energy Answers International’s $1 billion renewable energy project for the large environmental footprint that the facility will likely produce through its operations.

The facility will generate electricity by burning wastes such as shredded municipal waste, automobile parts and debris.

Energy Answers refuted this claim, saying that the facility will employ advance pollution-reduction technologies to limit its emissions, making it one of the cleanest waste-to-energy facilities in the country.

The project, which will be partially backed up by $300 million in stimulus funding, also gained the support of some local union leaders and community groups who see the project as a vehicle for economic stimulation.

Patrick Mahoney, president of Energy Answers, said that the facility will occupy an abandoned factory previously used to manufacture ingredients for pesticide. The project will create about 500 to 700 construction jobs and around 200 permanent positions once the plant starts operation.

The prospect of such developments was enticing for local unions as Maryland has been suffering from an increasing unemployment rate. In 2008, the state held an average unemployment rate of 4.4 percent, which almost doubled to 8.2 percent by January 2010.

«How can you argue that? This area needs jobs,» said Michael Herd, a member of the labor union International Brotherhood of Boilermakers, Local 193.

However, local environmental groups were not impressed with the proposed facility, as the facility can reportedly discourage recycling and emit harmful pollutants.

«Government and regulatory entities have been sold the idea that the modern trash incinerator is really a power plant,» said Andrew Galli, state director of the environmental group Clean Water Action.

Critics argued that the plant can potentially be one of the biggest emitters of mercury in the state, releasing up to 240 pounds of mercury annually. Mercury is labeled as a harmful toxic metal that can inflict neurological damage, especially among young children. To make matters worse, there are two schools reportedly located within a mile of the proposed project site.

«We want good union jobs, but this is not green,» said Gwen DuBois, a member of the Chesapeake Physicians for Social Responsibility.

The Maryland Department of the Environment already determined that the project meets environmental requirements, but recommended strict permit limitations to control the facility’s mercury emissions.

The fate of the project now lies in the hands of the state’s Public Service Commission, which has the authority to determine whether a power-generating facility is qualified for deployment. The commission already conducted two hearings regarding the project, with another hearing scheduled on June 28 to evaluate the project’s potential air quality impacts.