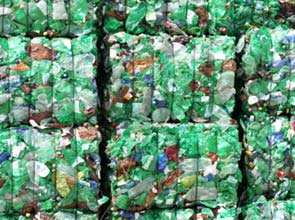 The report said at least 563,000 new jobs will be created if the 27 countries of the bloc recycled 70 percent of key materials it collects.

Up to 322,000 direct jobs could be created in recycling 115 million tons of glass, paper, plastic, ferrous and nonferrous metals, wood, textiles and biowaste. These jobs would also send ripples into the wider economy, creating 160,900 new indirect jobs and 80,400 induced jobs.

The country’s management of municipal waste currently sustains around 118,000 jobs, processing 33.4 million metric tons of waste in 2008. The report finds that recycling creates around 10 times more jobs per metric ton than sending rubbish to landfill or incineration.

The Department for Environment, Food and Rural Affairs has announced a review of waste policy in England in October, whose results are expected early next year. The government is also inquiring into the implementation of the Waste Framework Directive that sets a minimum 50 percent recycling rate for municipal waste by 2025.

But the report pointed out that recycling just 50 percent of municipal waste collected would do more harm than good, losing out on nearly 25,000 jobs.

«Better product design, as well as action to stop supermarkets and producers selling products that can’t be recycled, means that we could easily achieve upwards of 75 per cent recycling rates by 2025,” said Friends of the Earth’s waste campaigner Julian Kirby.

«If the Coalition is serious about creating a green, jobs-rich economy then it must unlock the wealth in our waste and help consumers to recycle as much as possible.»

The study was written for Friends of the Earth by economist Anna MacGillivray from Ursus Consulting, with additional data analysis and peer review provided by Dr. Julian Parfitt of Resource Futures.