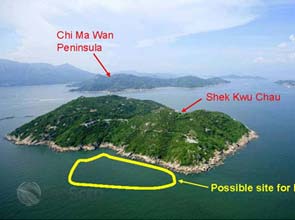 Called an integrated waste management facility, its core technology will be an advanced incinerator that will be able to process 3,000 tons of solid waste every day. The process will reportedly reduce the volume of municipal solid waste treated in Hong Kong by 90 percent. The facility will mechanically sort and recycle waste.

The environment department said the facility will also incorporate a waste-to-energy capability that will provide for the needs of 100,000 households or 1 percent of the total electricity consumption of Hong Kong, thus avoiding 440,000 tons of greenhouse gas emissions.

The environment agency said the facility will recover materials, particularly metals, from waste. They also have plans to use the incineration plant’s ash output for cement making and for producing other construction materials.

Hong Kong plans to start the plant’s operations by 2018. At present, the environment department had finished an assessment report that will be approved following consultation with district councils and other stakeholders.

Mr. Yau said funding will be sought from the Legislative Council Finance Committee in the first half of 2012.

The government was initially considering two locations for the waste facility. After taking into account the distance waste had to travel from refuse transfer stations, Shek Kwu Chau won over Tsang Tsui which lies on the far western tip of the New Territories.

Based on the recommendation of the environment impact assessment, waste collected will be tightly compacted and sealed in containers. It will be then delivered to the facility by sea to avoid traffic.

Presently, Hong Kong solely relies on landfills to dispose of waste. But by 2018, the existing three landfills of the region will have been used to full capacity.

Following the example of other waste facilities in other countries that have included social, recreational and educational facilities, the environmental study also recommended considering an ecotourism park to be built on the site.

The park will contain a greenhouse and botanic garden, ecology centre and a venue for environmental activities.