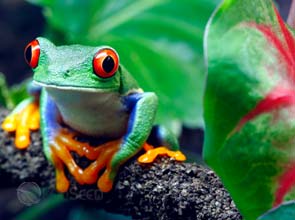 Tropical forests hold more than half of all the plants and animal species on earth. Still the combined effects of climate change, forest clear cutting and logging may force these species to adapt, move or die.

The study, led by Greg Asner of the institutions’ department of global ecology, reveals that only 18 percent to 45 percent of the plants and animals living in global, humid forests may remain as we know them today.

Climate change can alter about two-thirds of the tropical forest biodiversity in Central and South America and over 80 percent in the Amazon Basin alone.

Meanwhile, continental Africa will find 70 percent of their biodiversity to be affected by climate change and land use by 2100. In the Congo area, 35 percent to 74 percent would likely be affected if current practices such as selective logging are not curtailed.

While the study suggests that climate change might play a lesser role in Asia and central and southern Pacific islands, it still identifies deforestation and logging as the primary drivers for biodiversity losses. Researchers believe that massive land-use changes in the region will affect 60 percent to 77 percent of the region.

The Carnegie study is the first to consider the combined effects of deforestation and climate change on the tropical forest on a global scale. The researchers integrated global deforestation and logging maps from satellite imagery and high-resolution data with projected future vegetation changes from 16 different global climate models.

They then created scenarios on how different types of species should be geographically reshuffled by 2100. This will help conservationists pinpoint where their efforts will be most effective.

“For those areas of the globe projected to suffer most from climate change, land managers could focus their efforts on reducing the pressure from deforestation, thereby helping species adjust to climate change, or enhancing their ability to move in time to keep pace with it,” Mr. Asner explained.

“On the flip side, regions of the world where deforestation is projected to have fewer effects from climate change could be targeted for restoration,” he added.