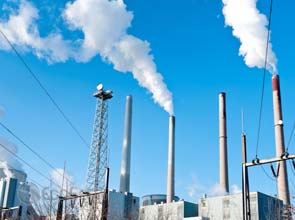 Oil giant Shell is set to build its flagship carbon capture and storage scheme for an oil sands operation in Canada.

From late 2015, the Quest project is expected to arrest and detain underground over 1 million tons of carbon annually produced in the processing of petroleum by-product bitumen at the Athabasca Oil Sands Project, a joint venture of Shell with Chevron and Marathon Oil.

It will reduce direct emissions from Shell’s Scotford Upgrader in Alberta by about 35 percent, an amount comparable to the emissions of 175,000 North American cars per year.

Shell chief executive Peter Voser stressed that lower carbon energy sources will continue to grow, but even by 2050 at least 65 percent of the energy mix will still be supplied by fossil fuels. This trend makes a carbon capture and storage system one of the key options to help meet the immense projected increase in global energy demand while reducing carbon emissions.

“Quest is another example of how we are using technology and innovation to improve the environmental performance of our oil sands operations… The knowledge it provides will help to enable much wider and more cost-effective application of C.C.S. through the energy industry and other sectors in years to come,” said John Abbott, Shell executive vice president for heavy oil.

Quest is touted as the world’s first commercial scale C.C.S. scheme to address carbon emissions in oil sands, as well as the first in which Shell will hold majority ownership, acting as designer, builder and operator. It will also serve as the groundwork of Shell’s C.C.S. research programme that will further the company’s carbon capture technology.

The oil giant is also working with governments and experts to advance C.C.S. in other countries like Australia and Norway.

Supporting the Athabasca Oil Sands Project, both the governments of Canada and Alberta have identified C.C.S. as a fundamental technology in their efforts to cut emissions.

According to the International Energy Agency, C.C.S. is “a crucial part of worldwide efforts to limit global warming.” It estimated that this mitigation technology could deliver about one-fifth of necessary worldwide reductions in greenhouse gases by 2050. – EcoSeed Staff